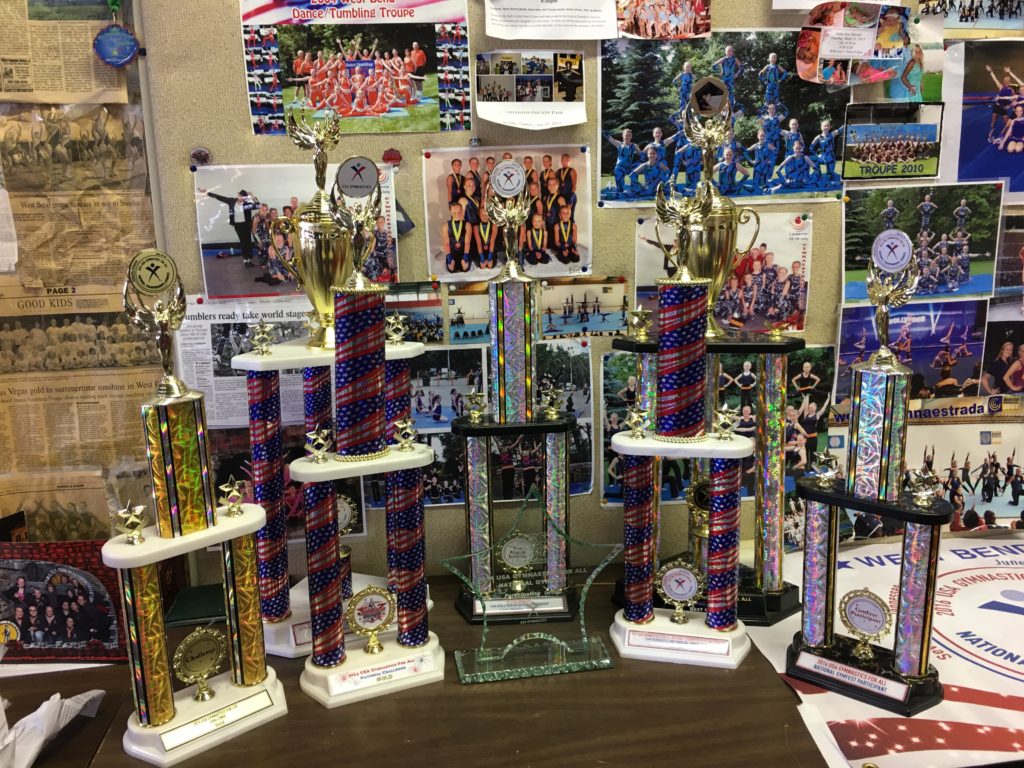 The West Bend, Wisconsin-based, all-volunteer group of 19 young women has gained national and international experience over the past 30 years performing across the US, Canada & Europe. The Troupe has represented the United States at World Gymnaestradas in Helsinki, Finland 2015, Lausanne, Switzerland 2011, Dornbirn, Austria, 2007, Lisbon, Portugal, 2003 and Goteborg, Sweden, 1999.

The West Bend Dance Tumbling Troupe is the current, and two time USA Jr. National Champions in Acrobatics & Tumbling, and they are also the 2017 USA National Champion in Performance Gymnastics. In 2019, the Troupe will again represent the USA at the World Gymnaestrada in Dornbirn, Austria.

The Troupe has performed at Walt Disney World in Orlando Florida, Disneyland, California and most recently, Disneyland Paris, France.

.Artfair on the Square, Madison WI

The Troupe is coached by Jackie Maynard, Anna Neuburg and Jamie Brettingen, with choreography by Lisa Grunewald & Jena Reisdorf.